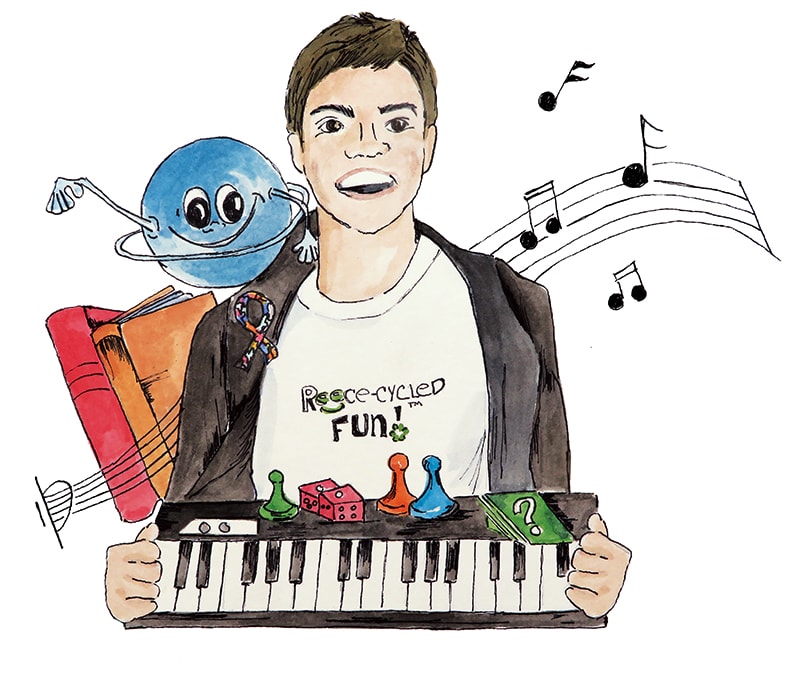 Reece Arnold is a dynamic, autistic young man residing in the South Coast region of Massachusetts. Reece is a highly creative individual with interests in music, writing, and inventing. His talent and determination have been an inspiration to many.

Reece received a Master Certificate in Orchestration for Film and TV from Berklee College of Music in 2016. In August 2014, he was featured on WCVB’s Chronicle – Living (and Thriving) with Autism – His Language is Music. This segment was nominated for a New England Emmy Award by the National Academy of Television Arts & Sciences Boston/New England. Reece and his book “Mike’s Big Space Adventure” were again featured on Chronicle in 2020 for their Book Club show.  In 2018, Reece wrote a guest blog for Autism Speaks that highlighted his achievements.

In December 2017, Reece started his own company, Reece-Cycled Fun, with the help and support of his mother, Andrea. The company’s name embraces Reece’s passion for the environment which is evident in the products that the company produces and markets. The company launched with Reece’s creation of two mind-bending board games, 8 All-In and Number Kruncher. Reece is now expanding the company’s products with his first book, Mike’s Big Space Adventure.

Through his creative works and company, Reece hopes to inspire other people with autism and those with challenges to follow their dreams and reach for the stars.

A portion of the proceeds from Reece’s products will benefit autism related charities. 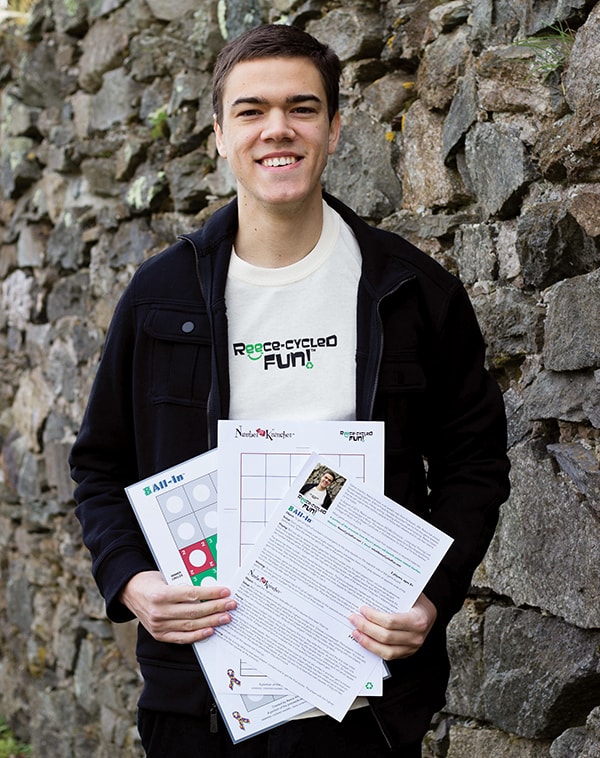